skip to main | skip to sidebar

can I offer you any more Kool-Aid? oh, I see you're already topped up 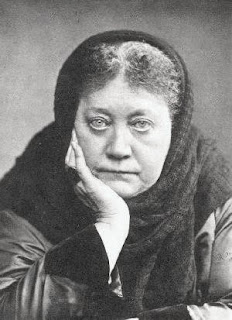 you want something done right, you gotta do it yourself, i guess. the toll for reading this post is having to look at Madame Blavatsky here on the right.

i've been sitting on this one for a week now, because i couldn't be sure. but it finally came to me what the animation looked like. that seemed to be the key to me, stylistically. it didn't say "Russian" to me, and I threw out the live-action portions of the video as irrelevant to my point. whatever it was at the time. but i got it.

the animation is straight out of Fleischer Studios. you may remember them from the classic Superman cartoons.

that's what didn't sit right with me. it was supposed to be "Russian," but all the animated bits screamed "American." LS was the only one who got close to this, but i think you're basically all drinking the Kool-Aid. he said it was bullshit because it was bullshit the Russians wanted us to buy. he was nearly there. it's bullshit WE wanted US to buy.

stop and think about the provenance of this video for a second. EC says he got it at a garage sale in south Florida. if you look at that wikipedia link, you'll see that Fleischer Studios had their own animation outpost in Miami in the 1940s, at the same time this video was dated and that GFK confirmed in his post. now unless you're crazy enough to think that there was a secret Russian enclave working at Fleischer in Miami in the 1940s, this has definitely got to be ours.

the thing that makes me stop and doubt a little about WHO had this vid was EC saying that it had an old stamp on it that said "SA [something]." that could mean a lot of things. maybe it's "standard animatic" or something to do with animation. but it just as easily could mean School of the Americas.

the SOA (SA) was founded in 1946 in Georgia, so it would make sense that they'd use training or propaganda vids from a close source. Miami is a short train ride. plus, you've got all the Cuban population in Miami. we were training junior dictators and insurgents from south Florida before Castro. you better believe we were roping them in to work for SOA, just as training. after all, we liked Batista's thugs, and those thugs knew how to keep a population down.

so remember the spore thing I talked about? the quick explanation is that this is a biochem war training manual. we're showing the worst-case scenario to our latin Americans to show them how to get their gas masks on when we "cropdust" the commie latin Americans. why else all the fucking gas masks?

the other quick explanation is this was domestic propaganda and counter-information meant to scare the shit out of anti-war reps in congress. stop and think about the security the US felt in 1948 or whenever this video literally claims to be from. you've got the US riding high on being the only country with The Bomb. but at the same time, you have China falling apart to the communists. you've got people in State who don't like Chiang and think Mao is the answer. how do you take apart those people in State? HUAC and McCarthy are one answer. the other is, show them something that takes the a-bomb out of the question

you guys point to the Russian animation vids as propaganda from "them", and maybe they are. but saying this film is the same thing as that is just assuming too. what if we were inspired by their propaganda, like the reanimation of animals thing? "hey, that's scary. let's make it scarier. to LAUNCH the appropriations budget for the Military Industrial Complex into the STRATOSPHERE."

BOTH explanations come back to the same thing. maybe we were training SOA counterinsurgents with the vid. maybe we were scaring congressmen. both direct back at America to make us promote the M.I.C. we have to make it bigger. it needs to have its control.

LS talks about cloud seeding. who wanted to weaponize that? the M.I.C.! they took a thing that helps civilians and wanted to make floods and monsoons. THEY have been researching chemical seeding from the start. do you really think they stopped at RAIN? you really think it was just the Russians that tested shit in the sky, just because of a video? WE made that video. those jets are so fucking generic to begin with. it starts with cloud seeding, it ends with crowd control.

i love the Russian propaganda as much as you all, but you're so focused on seeing THEM behind the scariest options that you don't see US. behind the things we document. the things we proved we'd do. you don't assume that this video is just us making us bigger, for us, for no reason, again.

hello? where the fuck is everyone?

seriously? we found this film, went on with some amazing conjectures about it, and now- no one has talked about it again for a week? did we hit a dead end? i have an idea, why don't we hit up a site to translate cyrillic into english and put what words the film did have into babelfish or any plethora of free online translators...

so maybe that balloon is filled with anthrax? eh?
Posted by stir.max.alot at 11:32 PM No comments:

Hi, guys. It looks like the Blogger code error that happened to LS before happened to me this time. What I posted yesterday was eaten up, and I know Max couldn't add any content anywhere. I don't know if I have the heart to rewrite my post, but I left a brief comment on LS's most recent post just so he'd have a reply after his apology. I've written to the Help Center, but their solution seems to be, "Delete whatever creates a problem." It's an easy fix, but that's like setting your house on fire because the roof leaks.
Posted by George F.K. at 10:44 AM 2 comments: 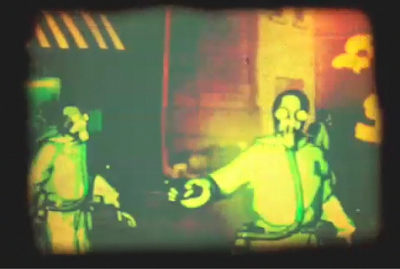 No, for once I'm NOT talking about the FINEST movie Keanu Reeves ever made. I want to toy around a little bit with what you "gentlemen" have posted so far.

Third, I think you're both wrong.

If there's any one thing we've FAILED to learn as a country from the Cold War, it's that an idea of a threat can be as powerful as the the threat itself.

If we'd had an ounce of sense on September 12, we'd have said, "Ok, a bunch of useless whackjobs did this, and whoopie for them, they just killed off a third of their own manpower. They're a sad and lonely bunch of crazies who have to hide from society because of how much everyone else in the world thinks they're fucking dogshit. They punched us. It hurt. Who gives a fuck? We're bigger and badder than that, and we're going to rebuild, and they can go fuck themselves."

Instead, we fueled the idea. We made them supermen. We made them a thousand times more powerful in our nightmares than they ever could be in reality. A handful of totally twisted broken people with a severe inability to fucking DEAL WITH IT ("it" being the rest of the fucking world) became a monster in every shadow. We closed our eyes and saw them there too. When they probably weren't enough people to storm and wipe out half the fans of a southern high school football game.

The thing is, we ALWAYS do this, and we're ALWAYS wrong. Think back on Kim Philby and Team B and HUAC and McCarthy. We've got the worst track record on this shit. Every time we figure out that we were wrong, we say, "Well, we're never going to overreact like THAT again!" And then the next crisis comes along, and we go all, "WAAAUUUUUUUGGGGGH FFFFFFUUUUUUUUUUUCK!!!!!" and freak the fuck out and act like a bunch of totally unforgivable pantswetting spazzes.

What's worse is, I think you guys are doing it again here. When, if anybody SHOULD know much better, it's you guys.

Okay, first of all, let's accept that everything GFK said about the date of this video is true. Well, what's that tell you?

Look at the time period. The Soviets weren't stupid. They could see what was going on in America. Fuck, getting a subscription to the New York Times wasn't hard. They watched as we reported on our own paranoia. HUAC was a sitting committee starting in '45. Every time the communists made a gain in Europe, we flipped the fuck out. Meanwhile, look at it from their perspective:

1. They need nukes and don't have them.
2. They know even if they crack the nuclear code and start making nukes, we're way ahead of them.
3. But we'll believe anything we read, see, or hear, so...
4. What the fuck's it matter?

Instead of racing to close the distance between us on nukes, why not say, "Fuck it"?

Seriously, though, follow me here. If we were so credulous we'd just buy ANYTHING, that meant they didn't have to sell anything real. Just invent something that would make us shit our pants. Sure, we had nukes, but all they had to do was claim they could seed the sky with something that would set the world on fire. Who needs nukes when they have that? BOOM, right there, it doesn't matter if there's a gap in nukes, because nukes are on equal footing with SKY FIRE.

It's not even that implausible when you consider 1946 is when cloud seeding was invented. We'd already just figured out that we could control the weather by dropping shit into clouds, so why couldn't the Soviets control the apocalypse by doing the same? Hell, WE tried to weaponize cloud seeding anyway, so we were already thinking perfectly along the lines they'd need to promote a propaganda weapon. WE started chemically altering the sky itself, so who could even say that they couldn't do it with the right compounds, ones we hadn't even found yet? Hell, just stop and think of the images in the film. Why are ALL their troops wearing gas masks? What is this stuff coming out of the plane? What could the Piemaker be making? 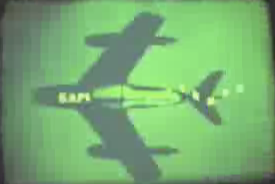 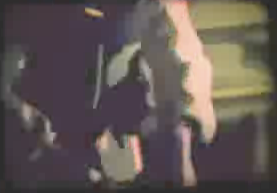 CHEMICALS. Or so we'd be totally willing to believe because we almost NEED to believe shit like this.

We set OURSELVES up. All they'd need was a punchline. One filmstrip leaked to the west later, and suddenly there's "proof" how they're going to fight American nuclear armament. A little push here with a cartoon and some Higgins motherfucker, and we'd shit our pants for them and create our own fears.

Stuff That Gets Talked About